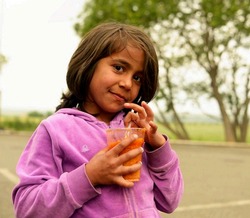 unfortunately our site was lost when moving to a different server. Due to the urgency of the situation, we quickly created a temporary site with only basic information.
Do you want to know more about and from us, visit us on facebook

Thanks for sharing our info, let's get our politicians to act fast!
Stichting Feniks: info@feniksADM.org / Chamber of Commerce nr 41073372 / founded 1993
IBAN NL74 TRIO 0254 8159 60 (SWIFT Code / BIC TRIONL2U) in name of "Stichting Feniks" in Amsterdam
Or donate through GoFundMe, a popular good cause platform that charges a mere 3% for transaction costs.

Dear all, the refugees in Greece need our help.

At the moment there are 3 things you can do:
- sign the petition on sosmoria.eu
- donate money so we can support financially
- spread this message around so often that people start to dislike you for it

March 20th, 2020: Prevent the ignition of the corona in Moria
Europe, take in the refugees now before it's too late

Lesbos, March 20th 2020
Despite conflicting reports, there is still no Coronavirus in the refugee camp and people can be relocated without risk across European reception centers. If we are too late, chaos will break out between 22,000 people. Medical personnel are already being recalled, causing tensions to rise. As soon as the first Corona infection is diagnosed, no one will be able to leave the camp and peace and quiet cannot be kept by the emergency workers who have stayed behind. Fighting will ensue where deaths are likely to occur. We must take those people away now, while we still can.

Everyone now knows the Moria refugee camp on the Greek island of Lesbos.  With 22,000 people in a camp for 3,000, food shortages, riots and lack of medicines are permanent problems there.
At the moment an even more urgent problem arises. The corona virus that has spread all over the world now threatens to reach the camp. To stop the virus, governments have announced various measures such as "social distancing", isolation and regular hand washing. Due to the already critical situation, these are impossible to maintain in Moria. There is one toilet for around every hundred people. Every meter of space is shared. Food is distributed centrally and people sometimes have to queue for days.

Due to the violent incidents between aid workers & migrants on the one hand and nationalist Europeans on the other, many organizations have already urged their employees to return home.
In addition, many of these aid workers are also badly needed in their own country.
New help from people, organizations or governments is currently not in sight

In short, the camp is almost closed, the emergency workers are leaving, there is a shortage of food and the Corona virus is an increasing threat. This has created a very tense atmosphere in the camp. The aid workers still present try to keep the peace and now consciously walk through the camp to show that they are still there. But despite that, everyone also realizes that they can never take enough precautions to protect themselves and their children from the virus.
Only 1 spark is needed to detonate this powder keg. It will then be inevitable that there will be many casualties in that case.
Maintaining the current situation is frankly a death sentence for the many people who have come here to flee from the effects of war and certain death.

It is not too late to take measures.
The Corona virus is currently not present in the camps, it is currently still safe to give refuge to these women, men and children in other countries.
If nothing happens, the consequences will be disastrous. This crisis, which already claims far too many lives, requires extreme measures and extra help from, and for, each other. We must prevent this disaster at the borders of Europe at all costs!

A humanitarian aid worker on the spot

After years of warnings, campaigns, demonstrations and apathy from the European Parliament, the inevitable has happened: The largest refugee camp in Europe has gone up in flames. Since Covid-19 arrived on the global stage, there has been speculation as to what would happen if the virus were to manifest itself in a place where the general rules are in no way enforceable. Although the Greek authorities have been using Covid-19 since the beginning of March to make the lives of the migrants in the camp more difficult, there has been a dramatic lack of investment in infrastructure to ensure effective protection in the event of an outbreak. It was clear that the Greek authorities had no intention whatsoever of taking the health of the camp's residents seriously. When the virus was detected last week, the camp was immediately locked up. But the damage had already been done. During the fire, 15 000 people lost their tents and possessions. People moved into the surrounding olive groves in search of safety and some were trapped by the police on their way to Mytilini. The first reaction of the Greek government was to declare a state of emergency and send 3 platoons of mobile unit to the island. There is not a word about aid, reconstruction or assistance.
Organisations active on the island are trying to do the best they can, but the number of people in need makes it impossible to help everyone. Food is cooked, blankets are distributed and medical assistance is provided wherever possible. For now we expect little progress in the situation, because a solution is not obvious. We - as unpaid volunteers - offer tangible support in the form of meals and personal protective equipment. Want to help? Donations are extremely welcome.

The atmosphere is tense. The measures put pressure on people who feel suffocated, forgotten and banished. The oppression of people and the fear of contamination oscillate in the streets and self-styled neighborhoods. There is hardly any support from outside, under pressure from the government. Despair can be seen in the expression of the people. People ask questions like, "Is this legal? Do people in Europe know what is happening here?"

The answer to that question is easier to conceal than expected. In order to hold onto courage, people cling to the idea that new hope will dawn with the new days' dawn. I know this is probably never going to happen. The tide was turned against these people long before Corona was a household name. The water was already so high on the lips that it turned blood red. Someone else tells of a failed suicide attempt, and the impermanence of this existence touches me for a moment, because out of the corner of my eye I see the silhouettes of mothers with small children pass by apologetically.

They are on their way to the toilet. Probably for the last time tonight. It becomes more dangerous every day to go to the toilet at night. The pressure is increasing every day. More often than not I hear people say that they came here to die in the mass grave called Moria. Just as Corona slowly takes away the hope behind the eyes of the people in Moria, so takes Moria my motivation and infects it with impotence. The absolute powerlessness in the face of a boy that no one believes is a minor. Caught behind bars by borders.

Moria is a vacuum in the world. A vacuum of powerlessness and fear, where not a single flame of hope is possible. Day to day. Hour to hour. Minute to minute. Second to second. As I walk away, the police stand casually by the entrance, their weapons reflecting the yellow light from the street lanterns. Briefly I think I see myself in the reflection, and I ask myself "What I am actually doing here?". As I walk to the car I can no longer formulate an answer.


If the glory belongs to you, only the shame remains for me.
Update March 23rd 2020


Lockdown in Greece Now a Reality.

The official lockdown started in Greece today at 6 a.m. No one is allowed to go outside except to run errands, go to the hospital or walk a pet.

This is already a well-known story. It means that there is now a lockdown in Moria too. The restrictions that were previously imposed as a preventative measure have been tightened. People are now no longer allowed to go outside to do their shopping, while the food situation is as precarious as before. There is also still a drastic shortage of soap, detergent and shampoo, not to mention disinfectants or face masks. In the area of Moria used for detention there is no longer any water available. As of this week, there are only around 3 doctors available for the overall population of the camp. As could be expected, there is also a serious shortage of medical equipment.

Furthermore, private security has been hired in order to support the police force in maintaining the lockdown. Checkpoints have now been set up in various places in Mytillini. All of this despite the fact that only one infection has been detected on the island so far.

This untenable situation is likely to deteriorate drastically in the coming week. With the withdrawal of NGO's and the apathy of the authorities regarding the inhabitants of Moria, the prospects look dire
Update March 21st 2020


No cases of Corona in Moria

There are no cases of Corona in Moria, we are in direct contact with people working in the Camp.

There is still time, write to your politicians, newspapers, radio & tv stations and demand that people will be evacuated from Moria as soon as possible.
Make everybody aware of the situation in the camp.
In this complicated times, show that we can work as one world and one population.